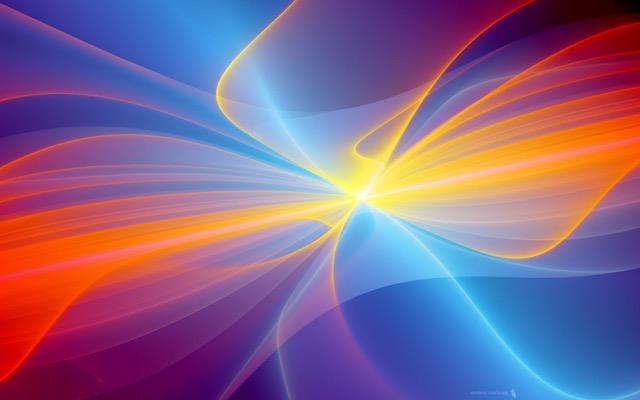 This is just one of many sessions I’ve had where people discover prior existences that are non-human.  This was a gaseous life.

He went way up beyond the clouds. Twirling and swirling through blue, violet indigo colours into a dark galaxy. Finding himself as a gaseous  energy:

“A purple nebulous cloud.  I am in the cloud.  Around the cloud.  It’s around me.  I AM the cloud.  I have no form or consistency.  I am changing all the time.  I’m just a gas molecule, particles bonded together like a lava lamp.  I am content.  There’s nothing else to do but to be.  I feel I am admired.

A: By the planets looking up at me.

From there he was able to look down and see Pluto, Mars & Earth.  The latter was described as “very blue”.

He descends to Earth and “Entered a human body, like a spirit in their body.  I repaired the human…by allowing my purple light to be the same as theirs.  Allowing everything to merge and come together.  I go and do this to everyone and the trees.  I’m running around to every tree, all the humans, the land and use my purple energy to heal them.  They all absorb the purple.  The sea and the oceans all benefit from it.  I am trying to protect the Earth by putting purple all around.  It’s positive healing.  It’s good.  It’s protection.  It defines the space that everything is benefiting from that, because I believe it.  What I’m doing to the trees & oceans is it makes the greens greener and the blues, bluer.  It makes the humans wake up, by re-vitalising everything in them.  Everything is flowing.  Yes, I have done this before.  I do this all the time in my astral travelling…the humans need to wake up…what I’m doing powers up the humans.  It’s like electricity.  I charge their power, their hopes, and they become more positive. The leaves on the trees are pointing higher. The flowers are blooming more and everything seems bright, light, after I touch them with my purple energy”

“I see another blue energy.  Over there to my right.  It’s doing something.  So far, it’s a blue skinny bright rectangle. I know it’s doing good.  That blue, is just a good colour.  It’s stationary.  It’s emitting a White Light.  Like an outer glow for something good.  For healing.  We are aware of each other…Yes I can communicate with it.  It’s telling me it’s the eyes of the blue ocean.  It wants to keep shining but wonders where all the fish are”.

“I respond to the blue energy by telling it I’m here to help.  To stop the people from sleeping.  To help trees produce more oxygen for the people to breathe.  I bring energy and nourishment to the Earth.  The blue rectangle has become one with the water.  I go near the water’s edge to be near it.  It’s the eye of the ocean.  It’s hoping I’ll do a good job.  Yep, I’ll do a good job.  The energetic imprint I am placing on the Earth will last.  It has to last ‘cos the blue white light says it does.  Otherwise, there would be no ocean.  It seems that way.  If I don’t succeed, there will be no hope.  I want to.  There’s no choice.  I know.  I’m there now. I’ve seen what I’ve seen.  I’m responsible for healing the Earth.  I’ve been told by the eye.”

Q:  How do you heal the Earth?

A: I see the structure of the human.  I see the areas that need to flow to every part of their body and around the energy, the blood, the frequency has to be raised.  I already know how to do this.  I can.  I have to.  I want to. I originated as a purple consistency in the stars.  I am black space.  I have my own space.  I searched and saw the Earth and went there and found I had the ability to heal.  Healing is required,otherwise it fails.  The whole thing fails.  Trees and humans are needed to be re-vitalised, so they can get out of their black hole when they stand up. I am more like a gas, with no resonance.  No sound.  No form.  Like a lava lamp flowing fiercely. Doing what it does, in the galaxy.

“The sea wants the humans to know the humans are killing the fish.  It’s the whales.  None should be killed.  It says the humans can know, but they haven’t learned”.

Q:  Are there other energies like you from your galaxy doing what you do?

“ I see the purple’s bound by the air and not by the water.  I can’t go on the water as I’ve got to be elsewhere to look after the land, people and trees.  Although the sea and I have different roles, everything is One.  I want to tell the sea to put water where it’s dry.  It says it’s too dry, and it may be too late.  It took a long time for the place to get dry, because trees need shade to keep their moisture in the ground.  I can make the trees stronger and produce more oxygen.  I can make them produce more seed.  But I can’t make trees grow where they have been chopped down.  What I’m doing, is all contributing to oxygen and growth, and the humans don’t need as much of the Earth.  i.e. They don’t need much wood.  They are chopping down far too many trees.  The solution?  More trees. More awareness.  Less greed.  It’s already happening.  I am using my purple energy to wake the humans up.”

“It’s a fight between the 2 of them.  There’s the trees and there’s the dryness.  The trees are going to grow more & more.  Other areas will flourish and others will fail.  The Earth will do whatever it will do to save itself, even if it means putting tidal waves over the Earth.

A: The Earth.  Gaia.  It’s more a reaction, than a doing.  The Earth says, this is my reaction to what the humans are doing to me.  It can’t fix everything but it can prevent it from being destroyed.  I don’t know any other way the Earth can stop it.  The frequencies have to change on Earth and the Earth has asked for the frequencies of humans to become stronger. Now.  All is Now.

The Subsconsciousexplained that was who he is today.  One aspect of him is the purple energy healing the planet on one level.  At human level his mission is planetary healing.

He has many gifts of spirit.  He can OBE (out of body experiences) at will, materialize and de-materialise himself, objects. Teleport, create and manifest with his thoughts, see auras in people, plants and animals, right through their etheric field.  Knows how to heal repair cells, DNA.  Read thoughts.  Communicate telepathically.  Pre-cognitive gifts.  Became a millionaire at 25. Owns a very successful business – more staff will be hired to free him up so he can concentrate on healing with his wife joining him.