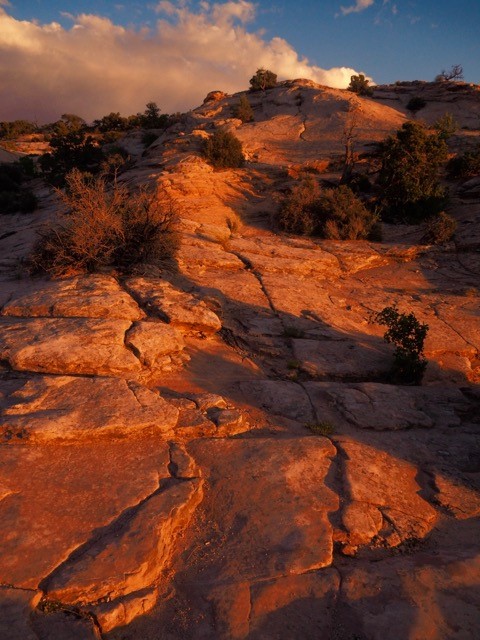 Larry is a lovely, gentle, soft spoken soul in his 70’s.  It was Stage 4 lung cancer which had metastasised into his bones.  Fortunately, he’s a very positive guy and has been going down the alternative path since the 80’s and was confident of beating cancer. And that’s half the battle won. It helped that he has been meditating regularly for many years.

His beautiful place was a hill in a forest with terraces, “abear is fishing” and meets Gandorf (Lord of the Rings).  Apparently this is where he goes all the time in his meditations.

He was Tinterello, a famous Italian artist living an opulent life in France, in an white marble palace.  With parties and friends in high places.  It was the time of Louis XV and the French Revolution.

We went thro’ several family scenes.  He was happily married with children.  Had a brief liaison with another lady, whom he abandoned but later looked after her, financially.  2 scenes where he was indifferently observing people in the village square, being guillotined.

We were both wondering where this was leading to…

He dies at 90.  After he takes his last breath…”there’s this dark shape in the foreground and Gandorf is further in the background, beckoning me to “come, come.”  Describes the dark shape as a “person with a dark coat and a big physique looking as if he’s waiting to pounce. I am in a place that is dark like no man’s land”.

(This was a surprising twist as I’ve never encountered anything like this before after someone passes.  I was intending to ask the SC about this later, but did not get the chance to do so.)

He goes with Gandorf and they end up in the Light.  Meets people who have passed before.  Then ends up going through a door as 40 year old man and ends up on the hill with Gandorf.  Together they review his past life.  Then he goes down the hill and goes back to his beautiful place.

They are pleased with him but tell him he’s got to go back to Earth “to re-do some things.”  “They’re happy with most things I did but weren’t happy that I didn’t help some people…the ones who got guillotined.  I feel a bit misunderstood but they’re saying I had the power, I had influential friends.  I could have done more to help the ones who were guillotined.  They also think I handled that young mistress a bit rough.  I just get that they want me to improve the way I handled her.  They reckon I should have allowed the young woman to live in the castle.”

He wants to know how this is possible given he was married with children.  “They’re saying I could have perhaps adopted her”  But I feel I looked after her enough.  She lived in the town and had her own space.  I get the feeling that they are attaching no importance to what I felt or what I am saying.”

“He should have been more assertive. It was pretty well known that the Revolution was bringing. He could have marshalled his friends to have more force against the evil that it brought.”

Connection with this life:  “He should stand up for what he believes”

Q:  Has he not been doing that?

They gave egs of how he went into business with his older brother twice only to see it go belly up.  “He shouldn’t have compromised his own beliefs, to keep his brother happy.  He should have made a stand and not allow his brother to overrule and dictate terms to him.  He wasn’t strong enough.  If he had done that the business would still have lost $, but they would not have gone bankrupt. “I wanted harmony because of the family (parents).  I put my interests 2nd.  It didn’t work.  In the end, everybody got hurt.”

Since then he’s been struggling over the years to support himself and his family.  There was never any job security or certainty as he did piecemeal jobs like lawnmowing and sales.

SC:  “This was to to teach him to trust himself and his abilities and trust Me.  To surrender to what God would bring his way rather than go against his better judgment and not be happy with himself.  So all those different jobs showed him he could still survive and there were times when he was very happy because he was doing the right things in surviving.

Q:  Has he fully learned to surrender now?

Q:  Any other examples where he needs to be more assertive?

SC:  His relationship with his wife.  I believe their relationship is mellowing and changing for the better.  He has learned that when he always does the right thing by other people, he hurts himself.

Q:  Who does he need to forgive?

SC:  Himself.  Don’t judge yourself.  In the past he has been too hard on himself.  He’s now gained understanding, tolerance and compassion for himself and others.

SC:  Cancer is simply a vehicle for his understanding.  The cancer has been a vehicle for him to experience his deep understanding of life, his fellow man, his weaknesses and to forgive himself and others.  To see the Oneness of it all.  To let go of material things.  To value relationships more.  so the cancer has been more of a vehicle to bring together observations and wisdom that life has brought to him.

Q:  Has he learned all of those things?

Q:  Well if he has learned all that the cancer was meant to teach him, why then does he still have cancer?

SC:  There’s a certain level of understanding that was only reached after he was diagnosed (7 weeks ago).  A year ago, he was in pain but didn’t know it was cancer.  What’s happened in the 7 weeks is his level of understanding has crystallised into a deeper level of understanding of All That There Is.  His onenes with people – friends, family.  He has just the last piece of the puzzle that has given it more focus.  The cancer is for the knowledge that has been brought to him through it.  He’s experienced meaning like the climax to the knowledge he’s accumulated.  He wanted to prove that he could beat it in a natural way because his brother refused to go that way and died and regretted it on his dying bed.  In his subconscious, (client) was aware.

Q:  And so, he doesn’t need the cancer anymore does he?  It’s served its purpose.

SC:  He doesn’t need it..  He has full understanding now.

Healing of the cancer was requested.  We are releasing his tears.  There are tears in his eye.  We want him to enjoy his life and be more loving and joyful to everybody, as that is his nature.  He has held back in the past.

Q:  Where has he been holding the stress in his body?

SC:  The stress is held in his back and shoulders.  His cancer is in his bones i.e where the pain is.  We are releasing the stress and pain.

Client:  (after a while) It’s still there.  I still feel the pain.  It’s a subdued pain.

SC:  You are healed.