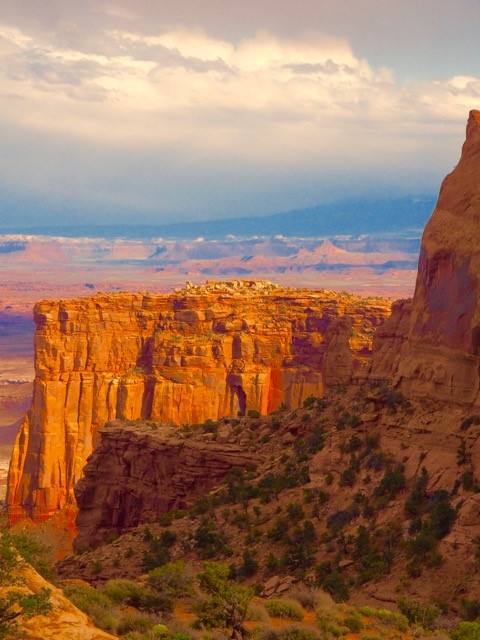 This is the 2nd in a series of 3 sessions with a very challenging left brained client. It took over an hour before he went under. When he did, he was surprisingly somnambulistic! Long 4 hour session. For the sake of brevity, am leaving out most questions and just summarising the main points.

Spinning very fast in a bright blue octagonal sphere, he shoots out into space. Enjoying the stars and planets, the peace. Then the numbers “2073” appeared:

“I’m looking at Earth in 2073…OMG, half the planet is decimated. No moon around anymore There’s no stratosphere, or atmosphere. The planet’s basically lifeless. Half the planet’s missing…jagged. Like an apple torn in half.”

We went back in time to find out what happened:

“Wow, we’ve destroyed the protective cloud cover around our magnosphere…all the stratosphere is gone. It was destroyed by man…technology weapons…trying to change the weather and then what happened… WOW, the poles melted, the water, the oceans evaporated…there was nothing to hold it in. Radiation decimated everyone in the 1st 6 months.”

No more than 10,000 to 15,000 people survived. The ones who survived were “the hierarchy…the ones whose vibrations were high…who believed they could help Earth.”

Q: Where did the survivors go?

A: Elsewhere. They are fine (this is what he said at 1st, and couldn’t tell me more).

“Wow, the Sun has charred everything. It’s all burned. All black…No life forms at all. The planet is lifeless. Earth has lost its soul.”

Moving to another important day:

“I’m still in the sphere. I should allow the sphere to do what it wants to do…it’s starting to spin again…going back in time to the future…it’s 2073.”

“We are interacting with other aliens. Small aliens 3 feet tall and there’s an understanding between the humans and these aliens…No they are not living together. The humans have done a quantum leap…Not so much nuclear energy anymore. The technology has surpassed that. There’s a new energy form which is not nuclear or quantum physics. Humans now understand what they must do. It’s a beautiful interaction.”

“The aliens…wow…they have been what we’ve been through aeons ago. They have a beautiful understanding…a calming effect. They can probably see our future. They are assisting us with the future.”

‘We are being visited. We interact with 2 to 3 alien races. Yeah, only 2 or 3 chosen to interact with us… but there are thousands of other species watching us. They are just observing

A: “Wow, the first are about 3 feet tall, max. They are emanating the most beautiful energy. They don’t eat. The 2nd species is about 5-6 feet tall. They’re not like us. Not material. They’re not beautiful, the form, but their ENERGY is beautiful. Just beautiful energy and they emanate so much of it. I see a lot of energy from under their robes…a whitish gold colour. It comes out 2-3 inches around them… They can send their energy kilometres out. They are very advanced.

“Now there’s space travel. Time travel. Unconventional healing… They are using the magnetic ions… energy in the air and they can transfer that using their psychic mind and transform that into whatever form they like. Healing en-masse. Inconceivable what they can do.”

“Humans will survive but only 10,000 to 15,000 will survive. The race will start again with a new understanding. We will embrace interactions with aliens…we’ll see things so differently. No ego. No power. No struggles of self importance. Understanding we are One with Source, with aliens and with all forms of life.”

“We’ll be able to time travel and there’ll be learning. We’ll have a new planet. It’s different. I see 2 small moons about the quarter of our moon. We don’t have the same magnosphere, stratosphere, atmosphere. The New Earth is protected by using our own human energy to have an energy field around Earth. We will harness our own energy to protect the New Earth…The aliens… no that’s not the right word.. I mean other life forms have shown us this new planet. They also showed us how to form a perimeter around this New Earth…an energy field. It stops radiation. Stops asteroids… they will approach within 5000 miles but no more and be deflected by the field.”

“Our new planet is a lot smaller than current Earth…about 25-30% of current Earth. The planet has no gravity. The weight is not there to hold our egos. There’ll be no such thing as an ego. It’s a lesson that has to be learned. It’s all ok. It’s fine.”

“With our New Earth we will not eat any meat. Not need food as often. We’ll eat a tenth of what we need to eat now Something similar to water. Similar constituency as water but more pure.

“We don’t need much. The architecture is very basic…isometric forms”

“No leaders. No one leads but there are Councils …a collective thought. For the people, by the people.All ego, all our justice thinking, our blaming, our vindictiveness, our anger, our aggression…all that got left behind and the old planet died. This IS a NEW Earth. New travel. A new way of seeing things. Being One with All That Is.”

The New Earth will eventually become part of…we will be allowed to join the New Galactic Federation.

Q: When will this be?

“I have the feeling that once we attain this life form we will have the ability to change into anything we like. Nothing like a solid mass. We can enter a solid mass physical form if we need to, to do certain things. Anyway, that’s the way it is.”

” Now we have dense, heavy bodies because we have dense heavy thoughts. The baggage we hold…too much. It weighs us down. With the New Earth it’s without our baggage and thoughts. The structure, the atmosphere, the energy, the physical content of the new planet is to help us attain a new form of life. A new outlook on life and be One with Source. The physical structure of the new planet will help us.”

MANY BODIES IN ONE SOUL

“We’re gonna have many bodies in one soul ‘cos we’ve lived many lifetimes.”

“Once we leave the old Earth, t’s like… people that have past lives and have attained their enlightenment, a lot of them will become one soul. They will be in the ONE body because everything is interconnected. We won’t be individuals. It’s a collective consciousness. We won’t be so independent. No individuation or separation.”

“There’ll be complete unity and understanding between everybody. It’s probably very hard to fathom that once you have that there’ll be amazing clarity. Anyway, it’s gonna be fine.”

” Once we are in the New Earth we’ll be in our physical form and eventually we will be Light. But the new energies coming in to the New Earth…we’ll attain very rapidly. We’ll move from our physical bodies so rapidly because they’ll help us. Although we’ll be individuals, we won’t be individuals. Like many atoms together, they will make that one form. Although the thinking is individual, it’s Universal but a complete understanding between everybody and of course no ego, no self proclamation of one being better than the other.”

Again, he confirmed the year as 2073. I asked what the technology was that would decimate the Earth:

“All I can see is advanced weapons. Not nuclear weapons. All the energised weapons – nuclear weapons are like a firecracker compared to these. They’ll be energised weapons so advanced, once the protective layers go, there will be sections of the Earth that will be so scorched. Once the atmosphere breaks down, plant life, animal life will be gone. Water will be gone and Earth will start heating up.. The weapons themselves won’t cause the destruction. They’re just the catalyst and it will have a domino effect.”

CAN TIMELINES BE CHANGED?

Q: They say timelines can be changed. Would you care to comment on that?

Q: How do we raise our consciousness?

A: By being close to the Source.

Q: How do we get close to the Source?

A: “By letting go of the fear, anger hate. By opening not only your heart but opening up every atom, DNA molecule and connect with like minded people on Earth. When we do that we can attract the “aliens” that will harmonise other life forms to assist us and when they assist us, I hope they can change the timeline. But I have a feeling we have to have an intervention for that to happen by many like minded humans. Release all their debt and combine together. I’m sure it’s gonna be… other life forms shouldn’t interfere but they’ll do it subtly anyway so we don’t even know they are interfering. I’m sure if we attract enough harmonic power, that will warrant an intervention. Anyway, that’s the way it is.”

” I think it will look after itself. I’m in my beautiful little octagonal sphere that’s rotating and everything is going to be fine. that’s the way it is. I don’t mind. Life will continue on…

This lovely man is in his 60’s and has never read any of Dolores’ books or heard of the New Earth.