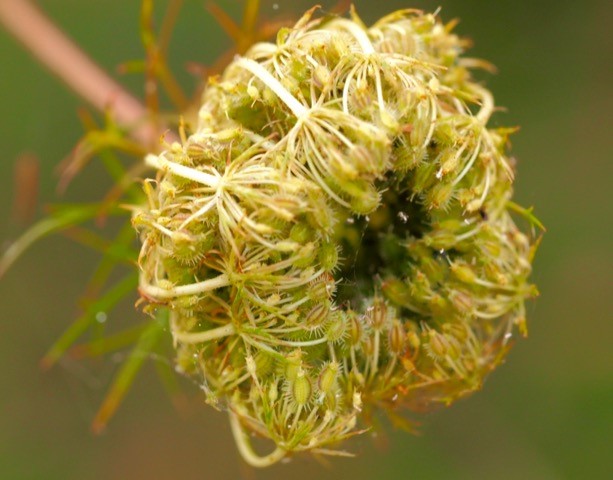 Client needed help with a badly disfigured and deformed penis that was no longer functional (he sincerely & seriously offered to show it to me and I politely declined!).

Hitherto had a v active sexual life “living out every conceivable sexual fantasy”.  Had a spiritual experience some 10 years ago which changed his life. Was guided by Spirit to a hill on a vacant property.,  Drawn in, bathed by strong vortexes of energy and brilliant light & ”heard the voice of God” telling him that his mission was to set up a spiritual retreat.  A Centre where Wisdom teachings would be downloaded into the  minds of all who were bought there, by Source.  He began to embark on his spiritual journey. He felt that sexuality was not compatible with his path and so earnestly pleaded for God to shut down his natural urges & keep him pure and focused on his mission.

Be careful what you ask for!

The next morning he awoke – horrified to find a chunk had been taken off his penis (“ a concave bite mark”). This continued  for some months until it became  malformed and shrunken.  An ugly dead dysfunctional stump.  After the initial shock wore off, he became comfortable with his situation. Was divorced.  Embraced meditation & celibacy as his new way of life.

Last year he met his twin flame.  They both want so much to have children.

The love of his life has now been deported from Australia to her home country.

He is unable to get a visa to work there either.

When I asked several times why he was doing this,  there was no response (was told by my guides he was ok & to proceed).

By the time he floated on the cloud, he was shaking his head from side to side rolling all over the bed, grimacing even more as if in pain and moaning loudly. The blanket was twisted around him.  His knees were up & down.  Kicking.  Perspiring – it’s Winter!. Had my hands full – afraid he’d roll off the bed.  This continued right through the entire session.  Got progressively worse (like a demon possessed!).  Didn’t fancy doing an exorcism. Yay, Dolores – life’s exciting. I am having fun.

Ended up as a boy in a past life…”dark, in  a barn, someone shining a torch in my eyes, fat grinning man, round face,,,,I don’t know him..he’s holding my hand & I go with him.”  The shaking, moaning & grimacing gets very bad,,,”I DON’T WANT TO GO.  SOMETHING BAD IS GOING TO HAPPEN…. (suggestions given to float up above the body).  Cllient screams at the top of his voice. Silence for 3 mins when I ask him what is happening and then, “ I hear only one word in my head…NO…NO….NO (loud moans & shortness of breath)”

The man slits his throat with a knife and he dies.

Client wakes up.  Refuses to continue because he is terrified & traumatized

After calming him down and giving him an option to stop the session, he agreed to continue…

S-C explained They showed him that life to help him understand his sexuality.  His sexual energy was unbalanced & repressed in this lifetime (explaining his beliefs that sex was dirty and bad) & so it manifested in the extreme in the earlier part of his present life.  That sexuality is God given – to be embraced.  That he asked for it to be taken away & it was,  He had “created” and manifested the malformation & dysfunction in his penis and so he could ”uncreate” it by using positive affirmations and visualizations and The S-C would help heal it too.  That in time it would be restored to full function and he would be able to have children.

After confirming she was his twin flame, the S-C said he could quit his job “now”.

Q: He doesn’t have any savings or resources.  How will he have the means to give up his job, not work, fly there & support her?

No answer with client rolling & rocking from side to side, frowning, choking, shaking his head, refusing to respond to “what’s the matter?”, repeating the question etc… and finally shouting at the top of his voice:

Q: Does he already have the right combination of numbers?

The client had a huge win last Tuesday (not 1st prize) but big enough for him to chuck in his job, support themselves for several years, set up a spiritual centre etc.  His penis is now starting to function and looks more “alive”.

On reviewing the session client said he could hear Spirit speaking to him very clearly giving all the answers to his questions but he was struggling inside & refused to speak (a part of him didn’t want to believe it was the S-C & felt he was answering his own questions).  He could hear Spirit in the background shouting at him “SAY IT. SAY IT !!!” (especially the lotto bit).  On the cloud he already started to see the past life scene in the barn that’s why he was grimacing.